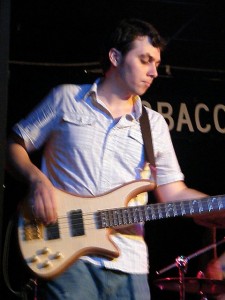 Matt Mackle – Bass, Vocals, Keys. Classically trained in the art of rocking socks, Matt is an arranger, composer, and all around great dude. He’s also writing this bio. Matt grew up in Miami and picked up the bass in large part thanks to the stylings of his favorite rock musician Les Claypool. He lists piano lessons under the most valuable thing his mother ever gave him. 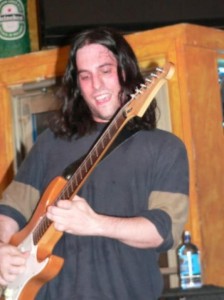 Brian ‘Brhino’ Liebman – Guitar. Brian hails from the depths of the nether and brings with him the sounds of the underworld. A lifelong melter of faces, Brian is also a teacher and shares his passion with young students of the guitar. Seriously, there’s a decent chance that if you play guitar in Miami, you learned it from this guy. He’s the single greatest thing that ever happened to the six string and carries a dedication to shatter the abyss. Brian’s favorite band is Tool. He also likes cats. 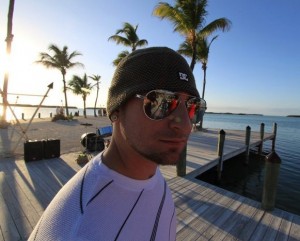 Paul ‘Balls’ Pino – Drums, vocals. A servant of the great immense undefinable power that binds all souls whose name is rhythm, Paul wrecks the set with every stroke of his wicked hand. Playing a veritable death machine, Paul is an easily recognized character in the city of Miami. He loves rigorous exercises that last for days and regularly eats your workout for breakfast. He loves progressive rock, primarily anything by Mike Patton. He’s the backbone of Smitty and oftentimes its designated driver. 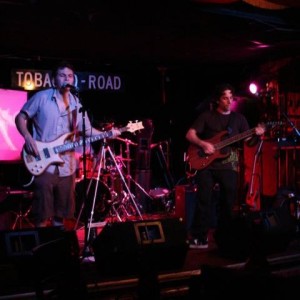 This is Smitty the Band – a Miami rock band performing in the nearby areas and beyond. Their music, generated by a trio of bass/vocals, guitar and drums is mostly a colorful groove rock. Some songs are more alternative and up-tempo whereas others are darker and heavily textured. By mixing together numerous influences of Colorful and Psychedelic Hard Rock music, Smitty the Band creates different spins on music through its vibrant and caustic live performances.

While Matt and Brian have been playing and performing together for more than a decade, the addition of Paul Pino in 2012 prompted the band to record its first official full-length release “The World I See”. The album is a good representation of the band’s full career as it revitalizes some of the band’s early tracks (The Tide, The Golden Sunrise), nods the loose philosophy of Smitty’s psychedelic jam band days (Rubber Man, Scrambled, Hero), and pushes forward with some of the most electrifying and complex songs the band has ever written (The Chicken, The World I See, Tomahawk, Turbulence).

Paul’s metal tendencies and unbreakable work ethic helped Smitty the Band return to its roots while  improving and enlarging its sound and opening worlds of new possibilities. And with Matt and Brian’s continuing collaboration, the band has a rare and enduring musical chemistry that can only have materialized through years of jamming, recording and playing live.